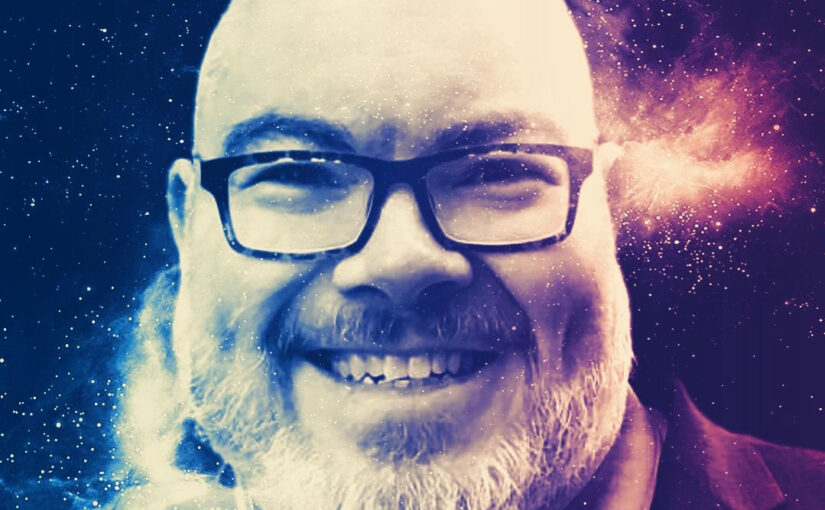 My name is Michael Barwick and I am a professional astrologer. What this means is that I strategize with clients to take advantage of the perspectives suggested by applicable alignments in the sky. A professional since 1986, I am an international speaker about the subject of astrology.

I am also a devout Roman Catholic, which for other Catholics and astrologers, isn’t always so easy to understand. How can you be both? It’s simple enough: becoming an astrologer led me to converting to Catholicism in 2008.

I started learning about astrology as a child: my mother was into the “new consciousness” of the 70s, so had many occult books lying about: there was the I Ching, Tarot, Runes and Yoga. Curious Gemini that I am, I read everything, but it was astrology that stuck. So I started with the horoscopes of classmates an being a precocious chap, was soon talking to adults about theirs. My parents would even wheel me out at their parties to read their guests’ horoscopes. It remained an interest in my teens but in my early 20s, astrology really called out to me and I began reading voraciously about the subject.

Naturally, I wanted to apply the knowledge I was gaining and check it against people’s horoscopes. The more I saw, the more folks there seemed to be who wanted their horoscopes read. Finally somebody paid me! It was a revelation: here’s a way to help pay for the astrology books I kept buying.

I soon hooked up with Julie Simmons, a full-time pro who became my mentor. I even apprenticed under her for a year through an Ontario government program! I will be forever grateful to Julie for the education she gave me.

Over the years, I continued to educate myself about the discipline and conduct my own research, which I was happy to share with independent astrology groups and at astrology conferences in Canada and the United States, while maintaining my own practice.

I saw for myself and in the lives of my clients astrology’s healing power for self-understanding, authentic living and actionable insight.

As improbably as it may seem to some, my journey in astrology led me to Catholicism.

In 2007, I was asked to give the keynote address at an astrology conference. To say what I wanted to say required that I research deeper into the intellectual tradition of the West than I ever had before. The truth is that you don’t have to go back all that far for it to lead to theologians in the Catholic tradition.

While reading and reviewing this material about theology and the life of the Church, I had a profound religious experience that changed my life: in a flash, I knew I was called to be Catholic. I had met a priest at a party once, so I sought his counsel, and tearfully told him the whole story, including the fact that I was an astrologer.

Surprisingly, he wanted to know what was happening in my horoscope and I told him that there were indications of a new spiritual direction for me.

“Catholicism is a path,” he said. “See where it takes you.”

He knew another priest who perhaps might be interested in being my spiritual director and he and I have worked together ever since. It was only a few months later that I was baptized and confirmed and I have been a regular congregant since serving at times in my parish’s music ministry. I also helped found a Catholic L.G.B.T. ministry, the first of its kind in Canada.

The Church’s most fundamental problem with astrology is the fear the configuration in a horoscope could be interpreted in a way that removes human freedom of choice. But a horoscope is a merely a snapshot of the heavens at a particular time from the perspective of a place on earth. It does not show culture, class, race, gender, sexual orientation or identity, and many other things. No horoscope even announces it belongs to a human being! Astrology properly understood affirms Church teaching that folks have the freewill to choose whether to be saved or damned.

What I have found for myself, my students and my clients, is that astrology’s power to increase one’s awareness and understanding can enhance personal freedom by suggesting more creative and life-affirming choices. What’s more, astrology’s insights have proven themselves to me to be a strategic advantage for understanding how to pursue one’s life goals.

Being able to help folks with astrology gives me great joy and I am grateful that my pursuit of it led me to my life of faith.

To learn more about what astrology can do for your, check out my astrological services.