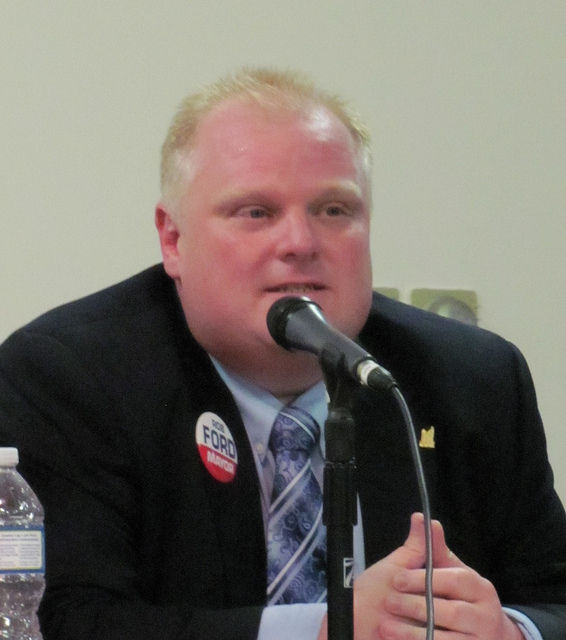 It may come as a surprise to some, but horoscopes are not just for people. Anything that comes into existence at a particular moment in time has its own unique arrangement of astrological factors. You can cast a horoscope for the launching of a ship or building, the founding of a nation, the birth of pets, or in the case of this post, the establishment of a city.Toronto was amalgamated on 1st of January  1998 at 0:00 am hours. Although there are earlier charts for the city of Toronto, the amalgamation chart reflects such a fundamental change to the city (six cities were merged together), it takes precedence. And certainly by looking at the current influences for the Toronto horoscope and the circumstances the city is in, it becomes clear that it is a horoscope  that works.

The Sun in a political entity’s horoscope represents its leader, or most executive officer. It’s no surprise then that the Sun in Toronto’s horoscope is under extreme stress: Pluto has been conjuncting it at the same degree and Uranus has been  squaring  it (aspecting the Sun by 90 degrees) . The Uranus-Pluto arrangement right now is a global phenomenon that I have already written about but in the case of Toronto, it has been trained like a missile on the astrological factor most associated with the city’s executive functions.

Pluto represents the underworld, of shady things coming to light. It is also a symbol of transformation: there is pressure under a Pluto transit to surrender to a process of letting go of something valuable to you.

Uranus represents shock, surprise and awe. When Uranus is involved, there’s no telling what will happen — it’s always a surprise. Uranus exposes things suddenly: it makes you see stuff that’s already been going on in a flash. It is a disrupting influence.

Has this not the experience of Rob Ford at the moment? His dirty secrets are coming into the light of day for all to see. There are calls for his resignation from all sides but he is determined to hang on because he “loves his job.” City councillors are already talking about how they are going to be required to run the city, bypassing Ford.

Pluto is in the sign of Capricorn just as the Sun in Toronto’s horoscope is. Pluto in Capricorn globally has been about old power structures breaking down and new ones coming into being. Regardless of whether Rob Ford finally decides to resign as mayor of the city, a new power structure will arise (is in the process of arising) through the machinations of the city council. Ford will be unable to get his ideas implemented: the council will work around him. Meanwhile, Ford has been revealed as a shady character himself with his own “underworld” connections.

Pluto is a call to clean up your act. Ford recognizes this and has communicated that he’s turning over a new leaf. Will he actually be able to do it and come to the awareness that he needs help? (Pluto responds well to going for therapeutic help.) Will he be able to do it or will he see this as an opportunity to sweep as much as possible under the rug? Will it be enough to save him his job? When he fully realizes what his actions have done to his effectiveness in his job, will he even want to stay? Astrology provides some tantalizing clues.

As I’ve mentioned, the Sun in Toronto’s horoscope is also being influenced by Uranus. When Uranus made its first pass to Toronto’s Sun, the Toronto Star revealed the existence of the video and that two Toronto Star reporters had viewed it. This was the initial shock. Pluto has been on Toronto’s Sun since February 2013. The final pass is this coming December. This may mirror Ford stepping down but there is another opportunity for 2014: Uranus concludes its influence on Toronto’s Sun in February 2014. He may suddenly at that time to just get himself free of the stress of his position: he may abdicate. Between now and then, Uranus may shake more secrets from the “I have nothing more to hide” Ford.

There is one other possible window is coming at the end of April 2014, when a grand cross formation forms around the Toronto Sun’s degree. This is a highly stressful configuration and many astrologers are concerned as to what it will mean on a global scale. This ends the configurations of the year that have putting the pressure on Ford but it’s not the end of major transits to Toronto’s chart telling of the need for change. Uranus-Pluto will conjoin with Toronto’s Saturn placement in 2014 indicating that more may come to light or that Toronto citizens will finally have had enough of Ford and be motivated to push him out by protest.

Ultimately, what’s happening to the mayor is a manifestation of the Uranus-Pluto square. It’s a call for revolutionary change, for all power structures to undergo renewal. As such Ford must transform himself or leave. He may get sick from the stress and have to step down temporarily. But I believe the pressure will become so great that he will have to leave and he will do it suddenly without warning. If he stays, he will be beset with influences that will reflect his ability to do his job anyway. Uranus-Pluto will have its way; regardless of what Ford decides, there will be a re-alignment of executive power in the city of Toronto.