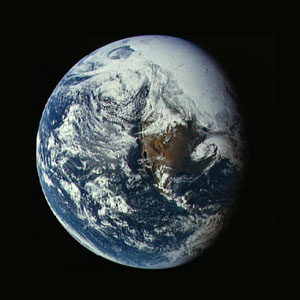 The Earth is the Centre of the Universe!

Astrology’s expulsion from the universities of Europe was heralded by the discovery that the Earth, so it continues to be said, orbits around the Sun as do all the other planetary bodies except our Moon. After that discovery, how could astrology be true when the science it was based on was fundamentally incorrect? You must admit, astrology is less sexier when the Earth is not the “centre.” Astrology was discredited even further by the discovery of what we now call Uranus, yet another heavenly body that was shown to be orbiting the Sun. How could astrology be true if what we see from earth is an illusion?

The untold story is this: while its “true” that the Earth orbits the Sun, it can also be said that the Earth along with the rest of the solar system including the Sun is orbiting the galactic centre. It doesn’t stop there of course: the galactic centre is moving towards the galaxy Andromeda (the fixed star Vertex) and that both of them are in motion whirling about the centre of what astronomers call our “local” group of galaxies. And so it goes: the search for a literal centre as opposed to the one that really is ours. Centre depends on your frame of reference and how you define it.

Just where is the “real” centre? The only centre that concerns us directly most concretely is the Earth, our home and our planet. Astrology aligns with this understanding and describes the sky in terms of human experience: what we actually see. We do not say that “the Earth rotated under our feet to the east bringing the Sun into our view.” We say “the Sun rose.” How astrology interprets the heavens is based on our physical experience of it.

With that view comes an understanding of the relationship of the Earth to the visible “stars” or lights in the sky, namely the Moon, Mercury, Venus, Sun, Mars, Jupiter, Saturn, and the fixed stars that form the constellations. This sequence makes sense because it reflects human experience; from our perspective, the Moon moves fastest so it must be closer. Mercury is much slower than the Moon, but much faster than Venus, which is faster than the Sun. Mars is twice as slow as the Sun, but much faster than Jupiter, which in turn is much faster than Saturn. The fixed stars do not appear to move at all and are so sensitive to the atmosphere that they twinkle; so they must be the furthest away of all.

In the reality of the actual human experience, this is what we perceive. This is our reality. This is what it is for us when viewing the heavens from our centre. The meaning of the planets in in part are derived by this sequence.

Beyond the Earth, the first celestial body we encounter is the Moon: the archetypal feminine, especially mother. The Sun’s light and heat makes life possible but it is the Moon who mixes every body of water to maximize the dispersion of that life force. In terms of who we are, the Moon symbolizes not only our earliest relationship, our primary parent, most typically our mother but also, our adult emotional support system. the things that nurture us and how we take care of ourselves. More than any other planet, the Moon makes the largest contribution to our temperament: our normal manner of responding and behaving.

From the Moon we go to Mercury, which symbolizes the principle of Mind. Satisfying our emotional needs is not enough: life is full of puzzles to solve. The Mercury is the drive to figure things out. One of the ways of getting knowledge is to ask someone. Mercury is the function that enables understanding because it is about language, and speaking and listening to each other. The ultimate connector, Mercury mediates between all things and that necessitates a way of conversing with or about both sides.

One of the Mercury questions is what is your mental outlook: is the glass half empty or is it half full? Your choice may have much to say about the happiness you experience in life. This is one of the conceptual forks in the road of life offered by Mercury.

Together, from a planetary perspective, the Moon and Mercury together symbolize our psychology purely as an individual: the emotional and mental structures from which we normally function. It is the fusion of the conscious (Mercury) and semi-conscious mental processes (Moon) that condition everything else that we do. Moon/Mercury is  the first conscious unity.

Of course, we are not merely Moon/Mercury individuals and our psychology reaches out to others and other things. This is where Venus comes in: we like this but dislike that. We are attracted by one person but repulsed by another. Some people and situations turn us on where as others turn us off. We like what we like. And love what we love. The drive to engage this process is symbolized by the planet Venus. Venus tells us what is pleasurable and what is not.

The first three planets are not enough though. We all seek something higher for ourselves; we need purpose. Life without purpose has no meaning. This is where the Sun comes in. It symbolizes what our heart desires and what calls us to our destiny. It is the fourth planet (in depth psychology, the number 4 is a number of completion) and thus represents an important synthesis. We are beings in the world.

We are actors too, so here comes Mars, the planet of pursuing what we want. Mars has a rough reputation, but it is through the martial function that we have the courage to make an impact on our environments. Mars makes action possible. It is a force that can push towards the attainment of our goals. There are things worth fighting over; sometimes making a stand is necessary so that we remain true to ourselves. We can’t pursue our goals without some kind of fighting spirit.

Yet what goals should they be? Only the judgments of the Jupiter function can determine what is right and what is wrong. It’s been said everyone has an opinion but I say more importantly, everyone has a means for determining their opinions. The Jupiter function shapes our worldview through the prism of our own culture but the result is an individual function that makes its own judgments. Some of these judgments can be absolutely right on. And some of these judgments can be terribly wrong. A healthy Jupiter includes a good dose of mercy and compassion.

Beyond lies Saturn, the teacher through experience. Saturn tests our lives for soundness, balance and strength. It crystallizes or crushes what we’ve built through the school of hard knocks. Saturn has a reputation for thwarting things, but the truth is that Saturn only wants us to take responsibility for our own lives and do the best with what we are given, good and bad. Saturn may slow you down, but it doesn’t have to stop you in your aims.

Saturn is as much a planet of success as it is of failure. Saturn makes us manifest something based on our efforts. Where Jupiter rewards faith, Saturn rewards those who really do the work. And who can possibly do all the work all of the time? No one can so sometimes we manifest success and other times we fail. Out task is to treat both those imposters just the same, says Saturn. Failure and success produce experience and from that experience, we can gain wisdom. In fact, we can often learn more from our failures than we do from our successes.

Astrology is the only discipline that makes use of the human experience of the sky. The lens of seeing that human experience on earth as the centre is a model that supports the reality of the person. And the fully fledged person operating optimally on all 7 levels has an impact on planet earth that few realize. Such persons are the forces who are doing valorous work battling the forces that are abusing life on earth in many different ways. They are the agents of goodness

As a final note, it is important to remember that the 7 planets, mighty though their drives may be, have many factors that affect their expression in a person. Their relationship to each other, their relationship to the position on earth from which they are seen, the sign they are placed in, and the interactions that they have with each other among them. Another set of conditioning agents are the celestial sphere of fixed stars who bring their own alien agendas of wonder…

More about fixed stars next month as a lead up to my presentation for AT on November 16!