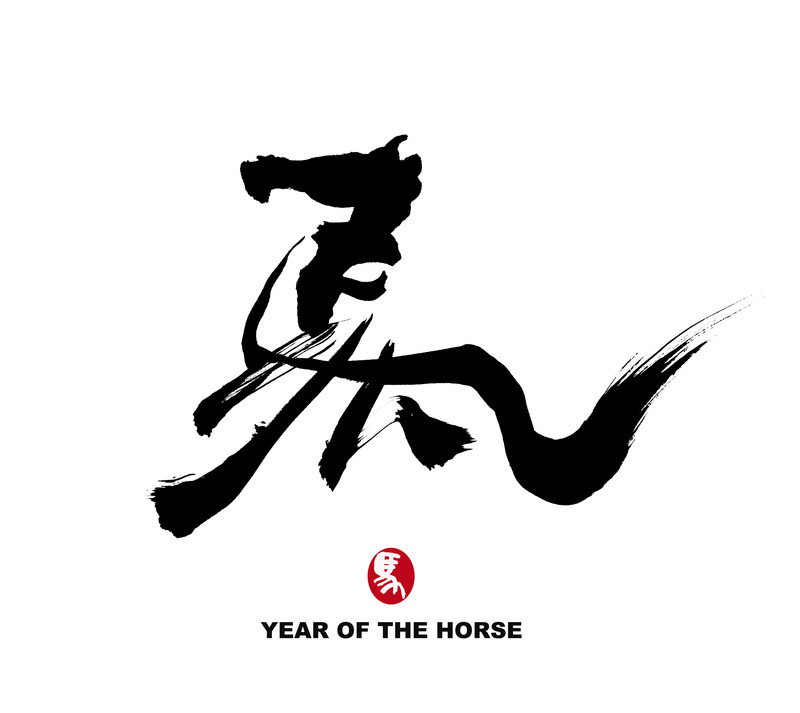 When someone says the word “hobby horse”, somehow I always visualize them as being made of wood. So what to make of this combination this 2014 Lunar New Year? In the symbolism of the horse we find the hero or the supporting companion. Both Black Beauty or the Lone Ranger’s Silver mount. Will we get on our high horse and look down on the world or will we be part of something bigger that is supporting the good in our world?

In the Western system of astrology, Jupiter, long associated through its sign of Sagittarius with horses, has a very interesting placement. The funny coincidence is that the element of wood in Chinese astrology is also associated with Jupiter. At the exact moment of the Lunar New Year, Jupiter stands alone: all the other planets are in the other half of the sky. When you have a planet is so configured, it is considered a “singleton” in western astrology and it haightens the power and influence of the planet because it has to counterbalance the others. Like the “bad” fairy not invited to Sleeping Beauty’s party, a singleton can cause much havoc. However, it is also true that when integrated properly in the psyche, it can be a source of great power. There’s no half-way.   Jupiter’s big word is judgement as in judgement of what’s right and what’s wrong. Jupiter’s a religious planet in the broadest sense. Your system of ethics. When Jupiter is a singleton in a person’s horoscope, they oscilate between two extremes: judging, or feeling judged by, the world; or being a source of vision and wisdom to the world.

Based on Jupiter in the Lunar New Year’s horoscope, what can we expect? Even more surprising actions from Pope Francis likely. Religious fanaticism continuing to be a source of world friction undoubtedly. What is considered good and bad will continue to grind against each other unless both sides take a higher view and do what is right for all.

Perhaps Jupiter’s placement in its exalted sign in Cancer, it will be on its best behaviour and bring wisdom to the home. It may be a year when more people get the big picture of what’s really happening to our planet and get involved in doing something about it. More personally, it’s probably a good time for a personal renovation.

Jupiter in the horoscope of the Lunar New Year forms a lot of powerful connections to planets half a sky away: it directly opposes Pluto and a retrograde Venus in Capricorn, squares Uranus in Aries, sesquiquadrates Mercury, which widely conjuncts Neptune, and is inconjunct the  degree of the New Moon itself! Only Saturn and Mars escape Jupiter’s influence.

What does this say for us?

Be prepared for a really big (Jupiter) year. In the Pluto Venus connection to Jupiter I can see a continuing struggle of the desire of woman for equal status (Venus and Pluto in Capricorn) against traditional values (Jupiter in Cancer). Think about the fight for female education in the some parts of the Middle East. One can also draw from that combination enlightened values stemming from the realization that everyone is part of one family (Jupiter in Cancer) set against the seductive, corrupt consumerist things (Venus and Pluto in Capricorn), which we all too often yearn for over other more pressing concerns closer to home (Jupiter in Cancer) .

And speaking of hopes and dreams, there’s the sesquiquadrate from Jupiter to Mercury who is palling about with good old Neptune, the planet of illusion, delusion and confusion or immersion into the mysteries of the one being.

Jupiter-Mercury = Big (Jupiter) Ideas (Mercury). Throw in a little Neptune and you have a sheen on them. Expect communal populist politics to be part of the picture. When the next best thing is here, can it be trusted or is it just a clever pack of lies, only to be revealed as another disappointment? Neptune is glamour so what you see may not be what you get! But on the other hand, Jupiter in Cancer wedded to Mercury in Aquarius does say something about at least the idea of there’s hope in the world on its own. Neptune’s influence is to make them more attractive.  Revolution is in the air: Jupiter’s participation in the square to Uranus plus its opposition to Pluto makes for an alignment of planets fierce in a dynamic against each other  despite the obvious need for some sort of compromise. An obsession to hang on despite all costs (Pluto in Capricorn) set against judgements about what should make for family life (Jupiter in Cancer), set against the need for absolute individual freedom (Uranus in Aries). We’ll continue to see individuals struggle against the status quo. We may see more of the status quo come undone. We may see the status quo open up to new and freer ways of doing things. Regardless, there’s a need for renewal here and that means change: again a lucky coincidence: the element of wood is linked to the east and to springtime, the season when we escape the cold solitude of winter.

In Jupiter’s inconjunct to the New Moon in Aquarius, I find the most interest. The inconjunct bar none is an aspect of consciousness: it forces awareness and constant adjustment. This could be the real meaning of the Lunar New Year: there will be disharmonious change (Jupiter, Uranus, Pluto) that will require awareness (inconjunct) to personally handle. Kind of like what the weather’s been like in my home of Toronto, Ontario — it’s very cold because of climate change  and you have to adjust your clothing accordingly or you’ll just freeze.